Luhmann's Alternative to the Zettelkasten

I recently bought to volumes of late Luhmann interviews, namely Niklas Luhmann, Archimedes und wir (Berlin: Merve Verlag, 1987) and Wolfgang Hagen, ed. Warum haben Sie keinen Fernseher, Herr Lumann? Letzte Gespräche mit Niklas Luhmann (Berlin: Kulturverlag Kadmos, 2004). In the latter volume, in the interview with Wolfgang Hagen, entitled "Die Ralität der Massenmedien" (pp. 79-107), Luhmann reveals that he has an alternative to the Zettelkasten. Hagen notess: "[The Zettelkasten] is, so to speak, the basis of your work. If it were taken from you, then it [your work, that is] would be difficult. Luhmann answers:


Yes, it would be difficult. But I now have an alternative, namely half-finished book manuscripts which are found in boxes under the desk, and then I can of course ... When I discover something somehow interesting for "sovereignty," I can write it directly into the manuscript where "state" and "soverignty" is discusse.

It is interesting to ask how different this alternative really is, since you could also look at the Zettelkasten as a collection consisting of manuscripts that are in varying degrees unfinished.

Luhmann would not be the only one with such Zettelmanuskripts. Nabokov and Arno Scmidt used such a method as well.

In this incarnation, Luhmann technique is perhaps closer to working with Scrivener or Ulysses.
Posted by MK at 12:39 PM No comments:

My own implementation of a Zettelkasten does not make a distinction between continuing topics (or weiterführende Zettel) and branching ones (also called ergänzende Zettel). I did not think that this was important for two reasons
1. an electronic topic or Zettel can be as long as I want it to be, and
2. it does not seem to be really important for the praxis of taking note to differentiate between supplementation or branching and linear continuation. For one thing, you can always add new stuff to any particular topic as you need to. No acrobatics in numbering seem necessary. And linear sequence is in some sense just as much a link as is branching off. [[Kladde|Heft]]

But what if I wanted to make such a distinction between different sequences? It is, of course possible. Linear sequences can be indicated by either linking the end of one topic to the topic that follows. (You could use something like [[following topic|blah, blah, blah]]. You could, of course, also use the name of the topic followed by a number from 1 to n. And you could reserve textual links for branching topics.

There are other ways of doing this, as with properties, for instance.

The only question is whether it would be worth my while. I am not sure it is, but I am willing to be convinced that it is.[1]


1. Luhmann's numbering system represented, as it were, the exoskeleton of the Zettelkasten. A wiki database does not need it, as any entry in it represents a fixed location in a database. Textual implementations, like nvALT and other do not have this advantage. If you rename either the link or the linked item, the connection is broken. They might need an exoskeleton as well.

Just read this, but won't give you the link because that would defeat the purpose. You can search for it, if you really want to see it. In any case, I found a blatant piece of distortion that MUST be based on complete ignorance about Luhmann's Zettelkasten:

Luhmann's Kasten was not about moving and arranging topics. It was about giving them a fixed positions. Nor did Luhmann understand himself as a "mere" collector. Rather than being an unsystematic "collecting thinker and a thinking collector", he was a systems thinker—to say nothing about the "lightning fast" increase of the number of Zettel and the "historic documents" found among them. These fundamental mistake may make no difference to the advertisers of office equipment, but even a little research might have made a difference to accuracy.
Posted by MK at 10:37 AM No comments: 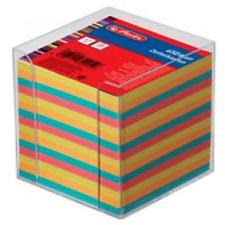 This is an ordinary commercial product for a Zettelksten (by Herlitz). It's nothing magical.

Nor is Luhmann's Zettelkasten magical. He wrote on Zettel 9/8,3: "Menschen kommen. Sie bekommen alles zu sehen, und nichts als das—wie beim Pornofilm. Und entsprechend ist die Enttäuschung." People come [to look at the Zettlkasten]. They get to see everything, and no more than that-just as in a pornographic movie. And they are equally disappointed.

On Zettel 9/8a2 he called the Zettelkasten "eine Klärgrube" or a "septic tank;" (perhaps even "cesspool"). Waste goes in, and gets separated from the clearer stuff.

Also Zettel 9/8i "Zettelkasten mit dem komplizierten Verdauungssystem eines Wiederkäuers. Alle arbiträren Einfälle, die Zufälle der Lektüre können eingebracht werden. Es entscheidet dann die interne Anschlussfähigkeit." Or: "The Zettelkasten [is] like the complicated digestive system of a ruminant animal. All arbitrary ideas, the accidents of reading can be brought in. What afterwards decides is their internal capability of connecting up."

See Luhmann Handbuch.
Posted by MK at 12:26 PM No comments: